Are the Pyramids Really Machines – And Who Built Them? 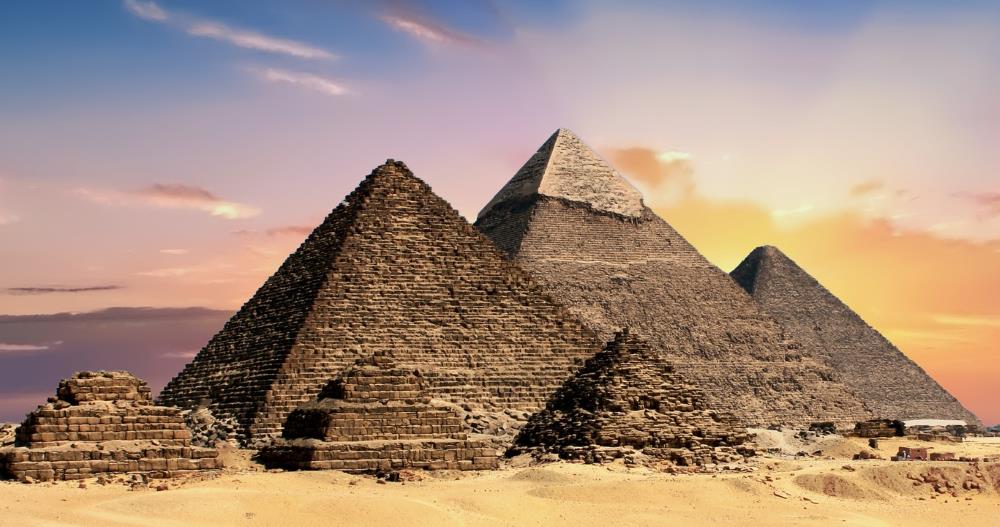 By Gertold Grumm, chief diviner at the University of Resonant Light.

In recent years, particularly the years 2009 and 2014, archaeologists and scientists have begun a reevaluation of the very nature of the Pyramids of Egypt, otherwise known as the Great Pyramids or the Pyramids of Giza.

This reevaluation, or reshaping, of established theory has seen a logical shift towards machine-based points of reasoning, in which the pyramids are considered to be machinery rather than monumental royal tombs. 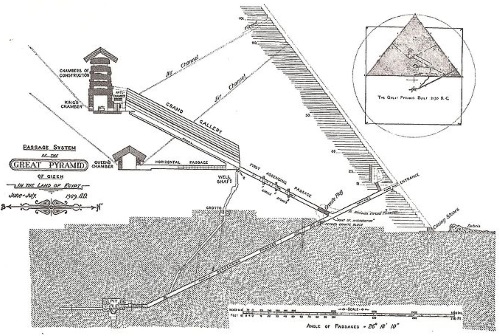 Interior machinery of the Great Pyramid of Gizeh.

The shift in thought has come about due to the following paths of logical reasoning regarding pyramid machines: 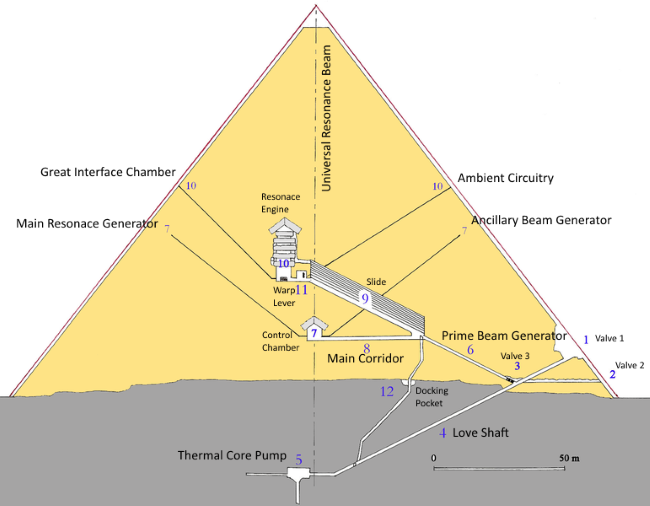 The diagram above shows the inner-workings of pyramid machines. The assembly suggests that the Builders built pyramids as time machines powered by universal resonance.

How Do the Pyramids Function as Machines?

This, today, is the central question faced by most genuine scholars of Ancient Egypt and the pyramids. Knowing that the pyramids are machines, the next conundrum is: What? What does this machinery do? Is it still active? And what should we do with it?

Well, the answer is: Yes. Yes, these machines are clearly not tombs. Yes, this machinery is the key — quite literally — to a more fundamental, truer, deeper understanding of humanity, the past, and the incredible power of resonance. Yes, it is still very much active. Yes, we should do something with it, especially with resonance.

Modern Egyptologists should listen to the teachings of Abasi Akhenaten, a poor goatherd and bearer of ancient knowledge ignored by so-called Western “scholars.”  Akhenaten — a man who has spent his life in the shadows of the Great Pyramids — teaches that “one should not imagine what lies inside, but one should walk with the goats in the sun, looking for water and catching birds to survive, all the while keeping one’s women happy.”

For Akhenaten, this is the universal resonance, and it comes directly from his knowledge of — and communication with — the Great Pyramidal Machines (آلات هرمي كبيرة).

Following on from the ancient knowledge of men like Akhenaten, true scholars can quickly see the truth behind the pyramids — a series of machines constructed by an ancient and super-technologically-advanced civilization, built not only in Egypt but also across the globe, in regions such as Serbia, Peru, Kazakhstan, Greenland, Bhutan and the Arctic.

Piecing together the global pattern will reveal the key to activating the pyramids. Quite what will happen upon activation is yet unknown, but will almost certainly result in a transcendent resonance that will place humanity on a higher plane, opening a gateway to our true predecessors, those ancient astronauts who quite clearly visited, seeded and once resided on planet Earth.

The Truth will be Revealed…

About the Author: Gertold Grumm is the chief diviner at the University of Resonant Light, an educational institute founded by Gertold Grumm in 2009. Before becoming an online expert in Egyptology and resonance, Grumm worked as a totem pole carver while writing many informative articles for Seventeen and for eHow’s paranormal category.