Why Is Soil So Important to Living Things?

Why is soil so important to living things, apart from fish? It’s simple, really: Without soil, we would all live on bare rocks or, even worse, lava.

Building houses would be almost impossible without soil. We could build houses on the sand, but they would sink or be washed away. We could place the foundations of our houses directly on the rocks, but then we would have no plumbing and nowhere for wastewater to go, leaving us living in houses full of our own urine and excrement. Living in the trees would work, but we’ve already noted that the trees would have died out long ago without soil.

It’s a vicious cycle, and one that humans cannot let happen. We must protect our soil in the same way as we protect our seas, our woods and our civil rights. 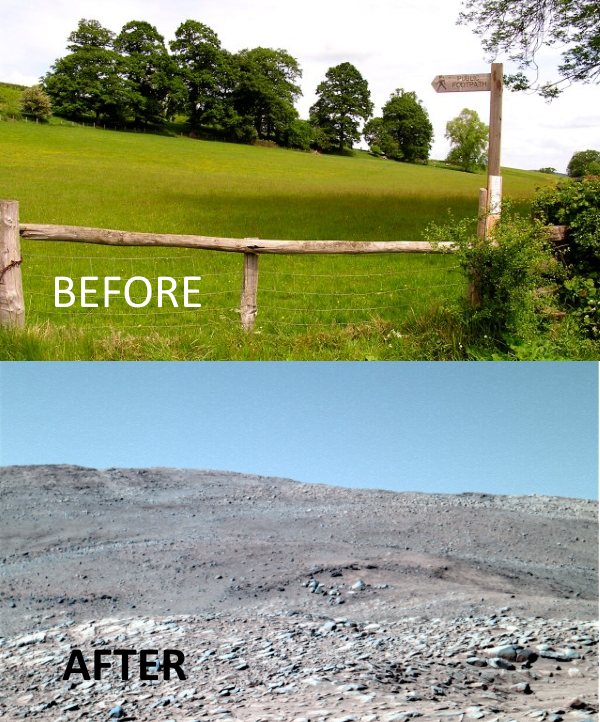 Above you can see the countryside of Herefordshire, England, with and without soil. Without soil, Herefordshire becomes bleak and lifeless.Original Herefordshire photo by Stuart Wilding/geograph.org.uk, Wikimedia Commons.

Why Is Soil So Important to Animals, Plants and Human Beings?

Without soil, there would be no grass for the animals to eat. Cows and sheep and goats would all lie dead and rotting on the bare rocks, their bloated bodies decaying in the sun.

All of the decaying bodies of cows, sheep, goats and probably a few badgers would create diseases including plagues and other frightful pandemics. Humans would try to flee from the ever-more potent outbreaks, crushing each other against the merciless rocks as they try to escape.

Those that did get away would have to live on islands of rock and sand. Nothing would grow on these islands, not even cacti or mold. You could try to catch fish, but how? There are no trees from which to make spears or rods and no horses from which to make finely crafted horsehair fishing lines. Any rainwater would quickly run down the bare rocks into the salty ocean or filter immediately into the dry sand, leaving you slowly dying of thirst.

Soil is also important because we bury our dead in soil, and there would be countless bodies waiting for burial. Without soil, we would have to throw our dead into the oceans or burn them in oil. This would pollute our air and our water, making life even harder.

According to the Soil Science Society of America, wetlands — including marshes, peat bogs, swamps, river deltas, mangroves, tundra, lagoons and river floodplains — cover about 6 percent of the Earth’s land surface and currently store up to 20 percent (850 billion tons) of terrestrial carbon, “a CO2 equivalent comparable to the carbon content of today’s atmosphere.”

If these wetlands had no soil, they would simply be wet, with no land at all. In that case, all the stored carbon would spill out into the atmosphere, poisoning every mammal on Earth. The Earth itself might whither and then explode.

As you can see, there are many reasons why soil is so important to living things. We should protect it. If we do not, we will all die horribly. 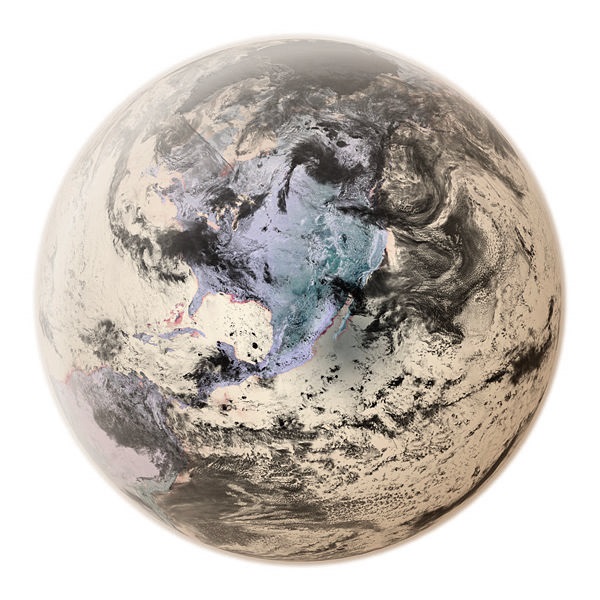 After 500 years without soil, the Earth would look like this. The continental landmasses would be solid rock, reflecting light back into the atmosphere. The seas would eventually boil away and the ocean floor would be covered by a thin layer of toxic slime.