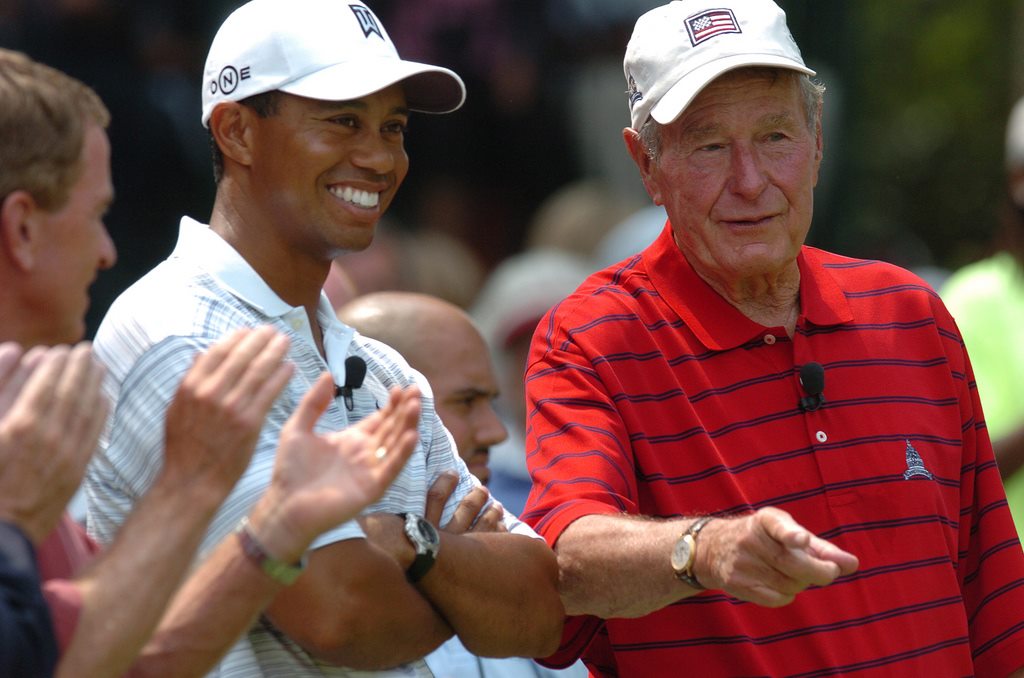 He we can see Tiger Woods standing alongside a very old and very white man. Photo by U.S. Army, flickr.com.

Is Tiger Woods black or white or somewhere in-between? Well, his actual genetic make-up, itself a thing of complex ancestral lineage, is very complicated.

And while his actual skin tone has been clinically established as Number 31 (Aboriginal Brown) on the Felix von Luschan Skin Color Chart, that still doesn’t conclusively make him black or white, but somewhere in-between.

To better answer the question, therefore, we need to look at the family tree of the man himself, known legally as Eldrick Tont “Tiger” Woods (born December 30, 1975). 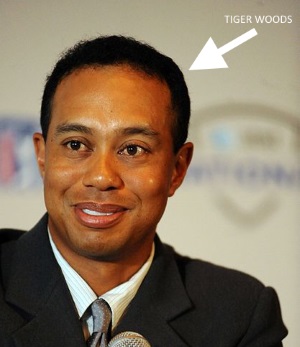 Woods was born at an early age in Cypress, California, to Earl Woods and Kultida Woods.

Earl Woods, a Vietnam veteran, was of mixed descent, being partly African-American as well as slightly Caucasian, a bit Native American, a tiny bit Chinese, kind of Pakistani and probably a little French.

Tiger’s mother, Kultida (née Punsawad), was born in Thailand to three parents, one Thai, one Chinese and the other Dutch. She was also slightly Spanish, mildly Welsh, partially Afghani, with a side order of Swede and a little drop of Bolivian.

Earl Woods’ father was a lumberjack born in Quebec, Canada. His father was from Hawaii and his mother was born in London, England, but moved to Australia at the age of three years and seven months. She worked and died in a gold mine.

Tiger’s mother’s mother was born in Nigeria, probably the result of a clandestine affair between a Danish merchant and an Armenia gunrunner. Her name was Gullah and she invented napkins. She was later kidnapped by pirates.

The wife of Tiger’s father’s father’s father was a clockmaker from Plattenhardt in the Baden-Württemberg state of Germany. He invented nothing, but did help to build the Panama Canal. And he made truly wonderful clocks.

Is Tiger Woods Black? In Conclusion:

In conclusion, we can certainly call Tiger Woods black, even to his face, as long as no one nearby is overly sensitive about using the word “black,” in which case we should probably say African-American, despite the very limiting nature of such a claim considering Tiger’s multi-latitudinal ethnic make-up.

What we do know is that he was once an exceptional golfer, but is sadly susceptible to back injuries, a trait he probably inherited from his mother’s father’s father’s sister’s aunt, who suffered from nonspecific lower back pain. Her name, strangely, was Frank. 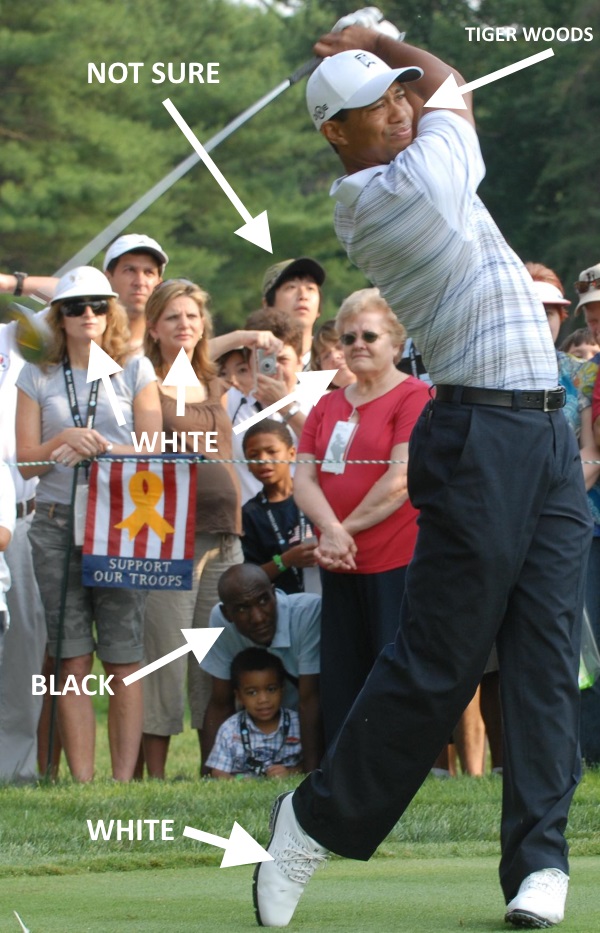