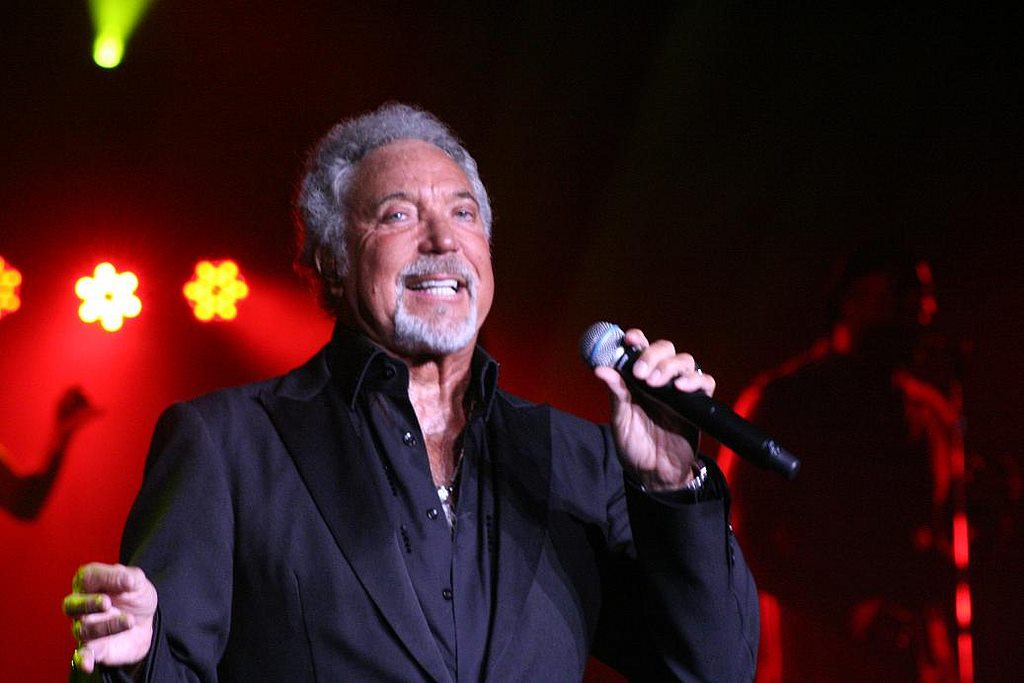 Of course, this supposition involves a degree of racial stereotyping, which is kind of strange because Tom Jones is probably not black. But he is definitely Welsh.

Being Welsh may not be significant, but some argue that both Tom Jones’ skin color and voice are a direct result of his Welshness, and not his blackness, which is definitely confusing.

Welsh people are often born with slightly darker skin in comparison to their English neighbors. Many believe this is due to the Welsh love of coal mining, which, over the years, has turned the population slightly darker than ‘normal white.’ Tom Jones’ father was a coal miner, so the coal dust may well have had an influence on the Jones family skin tone.

The Welsh love to sing, be it in the mines, in the valleys or in the pub. Rather than having a black or ethnic voice, therefore, Tom Jones simply has a Welsh singing voice. A bit like the Welsh soldiers in the classic movie Zulu.

But that still leaves the snakelike hip movements and the allegedly large member. The allegedly large member is probably true. According to a 2012 article by The Telegraph, “Jones himself has admitted that during his Lothario period he slept with up to 250 women a year.” That would certainly account for the snakelike hip movements, as anyone who sleeps with 250 women a year must have pretty awesome hips.

And anyone who sleeps with 250 woman a year probably has a large member.

It seems fairly safe to say that Tom Jones is not black (nor is he a “half-caste,” as is sometimes claimed).

But in order to bring true closure to the Tom Jones race debate, we need some irrefutable scientific proof. We enlisted the help of professional photographic manipulator Arthur Glass. Mr. Glass spent three weeks examining photos of both the young and the old Tom Jones. Here are his fascinating results: 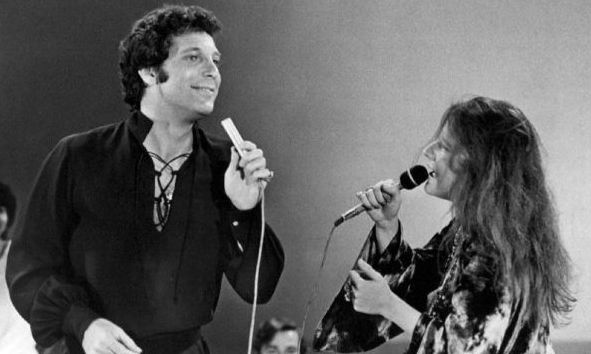 Arthur Glass: “As we can see from this 1969 photo with Janis Joplin, Tom Jones is quite clearly white — at least in terms of black and white photography. Joplin actually looks darker than Jones.” 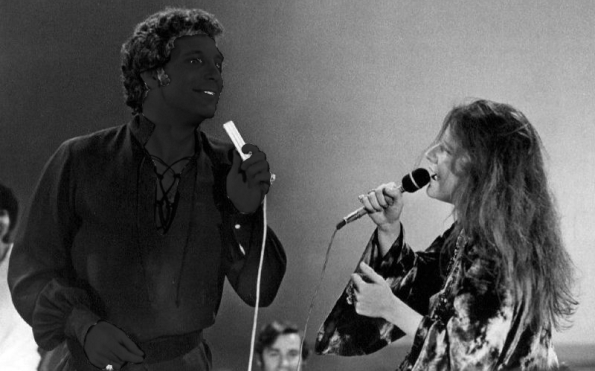 Arthur Glass: “Having manipulated the image using modern technology, we can see exactly how a black Tom Jones would have appeared in black and white photography of the late 1960s.” 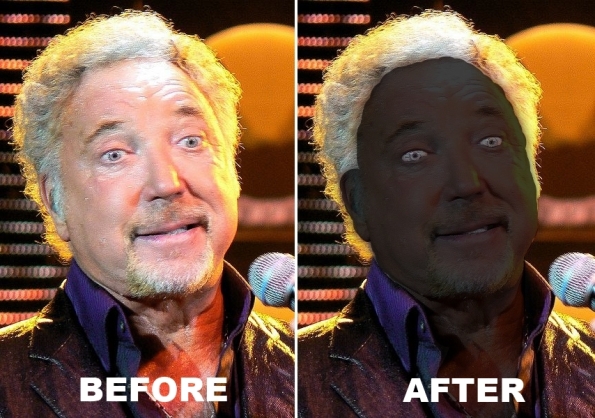 Arthur Glass: “In this side-by-side, we see two photos of the elderly Tom Jones. The first (‘Before’) is an unadulterated image. The second (‘After’) shows what tom Jones would look like today if he were black. It is quite clear to me that Tom Jones is not black, but white.” (original photo by Ger1axg, Wikimedia Commons)

As you can clearly see, Tom Jones is not black. Using the patented StudioKnow World Skin Tone Chart, we would say that Tom Jones has a skin color that ranges from Alcoholic Pink to Western Jesus. However, it is possible that Tom Jones has some black ancestry, which would help explain his thick, curly hair; his singing voice; his dancing ability; and his large member.

Hell, even Tom’s thinking of taking a DNA test to find out what’s going on.