Types of Viking Ships (with Pictures) 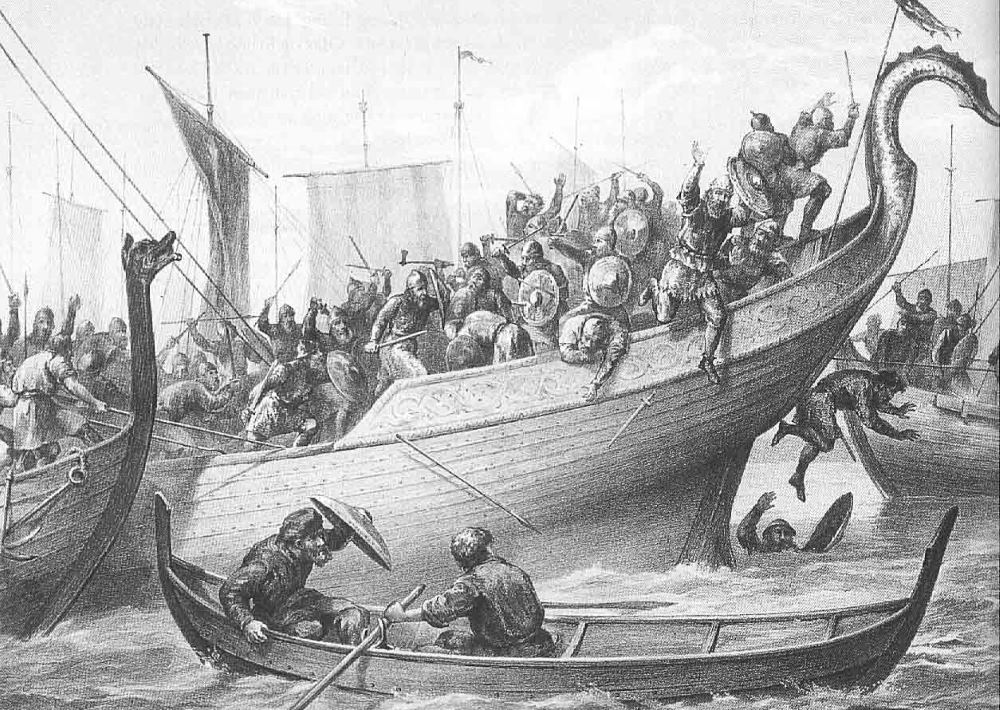 At the height of their powers, the Vikings were a real pain in the ass. These beer-swilling rapists caused absolute mayhem throughout Scandinavia and coastal Northern Europe, terrifying men, women and livestock as they sailed around looking for trouble.

Vikings were fearless when drunk, which was always, and had a deep-rooted fear of long-term relationships. The Vikings were also excellent at hit-and-run tactics, thanks largely to their ships. The various types of Viking ships fell into a handful of categories, from small rowing boats to powerful longships.

The two smallest types of Viking boat were the four-oared faering and the six-oared sexaering. The smaller faering vessel was used for fishing and for abducting the wives of neighboring Vikings (an act that was legal as long as the wife was returned to her husband in time to cook dinner).

The slightly larger sexaering vessel was used to abduct extended families, particularly when a neighbor had an attractive wife and a few half-decent daughters (or a particularly pretty and smooth-faced son).

A Viking boat of the faering class: rubbish in a fight, but great for stealing your neighbor’s wife. Photo by Silje L. Bakke, Wikimedia Commons.

The knarr was a cargo ship capable of navigating large rivers as well as the open ocean. The Vikings never actually traded much, preferring to pillage, sack and plunder (it was far more cost-effective and much more fun). On the outbound journey, the knarr typically carried shit loads of beer and dried fish. The crew would get totally smashed before arriving at the predetermined pillaging spot, where they would go ashore and quickly throw goats, sheep, women, priests and just about anything else onto the deck of the knarr. Then they’d fuck off home again with all their new stuff.

The snekkja was the smallest form of Viking longship or dragon-ship. Powered by about 20 oars and easy to handle, it was perfect for quick beer raids when supplies grew low half way through a drinking session. The drunkest Vikings were normally sent out on a beer run, giving the more sober Vikings time to catch up.

This is the ship people most associate with the Vikings: a powerful ocean-going vessel with traditional dragon designs (also written as drekar, draakar). Powered by sails and about 60 oars, the draakar longship was the ship of choice for serious raiding. 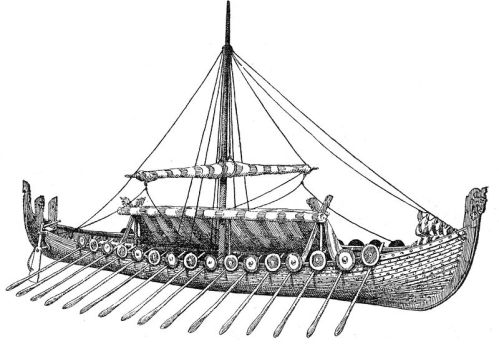 Now we’re talking… The drakkar was a pillager’s dream, with plenty of room for beer, sheep and abducted women.

This was the largest class of Viking longship. It could carry shitloads of Vikings and plenty of beer, but it was too large for traditional raiding. Unable to dock in shallow waters, the busse (or buza) needed a deep bay or port to unload. The Vikings, however, were normally too drunk and impatient to actually find a decent place to land. Many buza crews would often pass out long before arriving anywhere, drifting for days until one of them woke up.

It was a Viking busse crew that first discovered America, completely by accident but long before Christopher Columbus. Unfortunately, they were too shitfaced to even care about it, let alone remember where it was. The only cargo they brought back was a fully-grown American bear, but it died long before reaching Scandinavia.*

*The crew believed the bear to be a Native American woman and treated it as such. Thoroughly unimpressed with what they assumed to be an average American woman — it was disobedient, bad tempered, loud and incredibly hairy — the Vikings never even considered a return voyage to America. 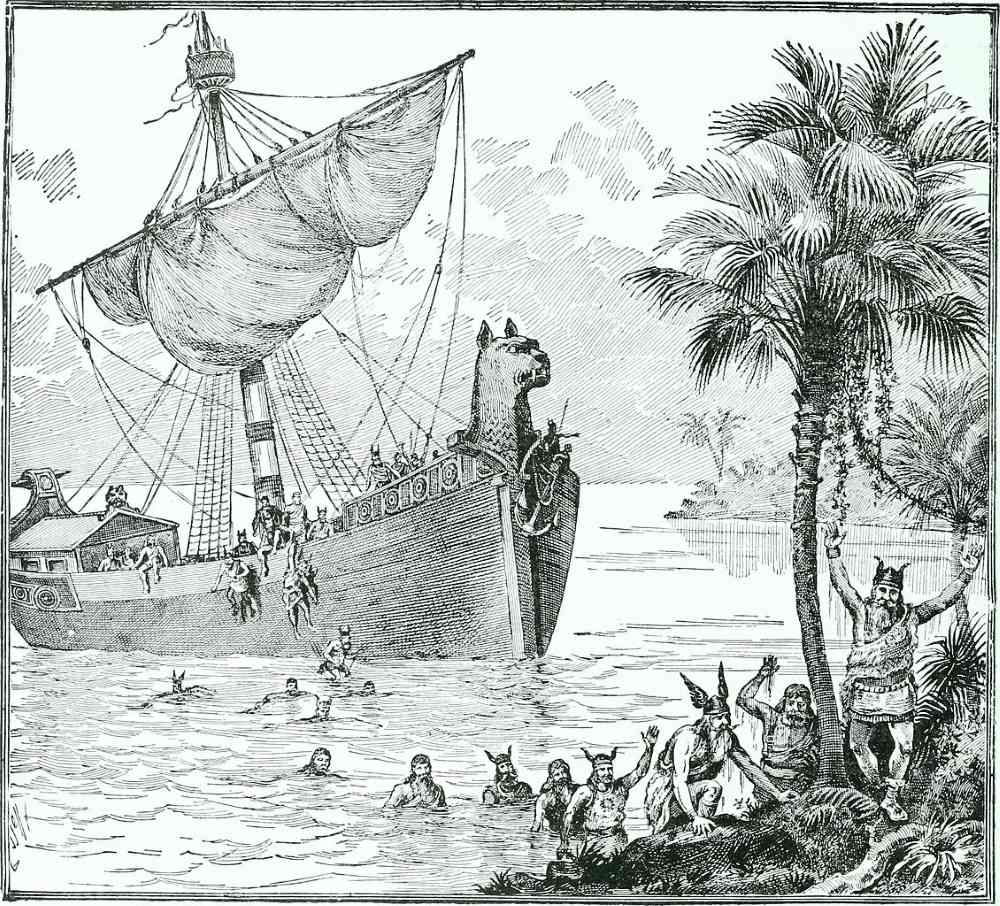 Here we can see a Viking busse crew disembarking. As you can see, they are totally smashed, very happy and completely lost.