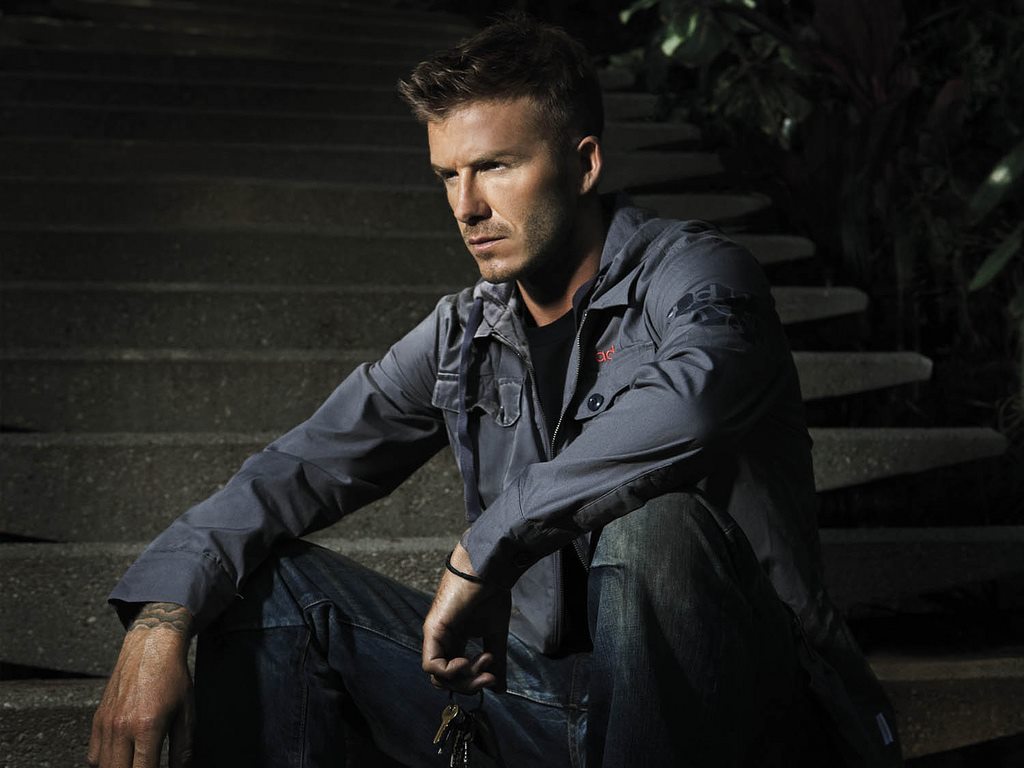 There are many gay people in the world, some of whom are open about their sexual preferences while others choose to hide them. David Beckham does not fall into the first category: but does he have something to hide? Let’s look at the facts…

Is David Beckham Gay or Just Abnormally Good-Looking and Stylish?

David Beckham Wears Women’s Clothing: Strange, yes; gay, not necessarily. Wearing women’s clothing while stroking another man’s thigh is completely gay, but wearing high heels and a Prada dress while boning your wife and thinking of sport is not.

David Beckham Likes Tattoos: Sailors like tattoos, and most of them enjoy a bit of backdoor fun (especially submariners). However, sailors spend many days at sea doing nothing much at all, so they often dabble with the young male deckhands. David Beckham spends very little time at sea because he has his own jet.

David Beckham Has Children: Yes, he does. Beckham has more than three children; people stopped counting after the third. It is a fact that gay people also like children, but they cannot produce them, at least not with other gays. Beckham has a skinny wife who has managed to force out a number of little Beckhams, so neither adoption nor abduction is necessary. This is typical of non-gay couples.

David Beckham is Awfully Pretty: David Beckham is as handsome as Simon Cowell believes himself to be. That is very handsome. Many of the world’s most attractive male specimens are totally queer. Like women, they waste countless hours on perfecting their appearance. David Beckham has mild OCD, so maybe his perfectly trimmed stubble and faultless hair are the result of psychological obsession rather than the unavoidable mental preoccupations of a woman stuck in a man’s body.

David Beckham Walks Like a Cowboy: It is true, Beckham does indeed walk like a cowboy. Not a hardened cowboy, but more like a young cowboy who has yet to spend countless days in the saddle. He is slightly bowlegged, allowing him to bend a soccer ball with great accuracy and swerve. This may well be the result of taking it up the chuffer like a Catholic choirboy.

David Beckham Married a Spice Girl: He could have given any one of the Spice Girls a jolly good rogering, but he picked arguably the most feminine. Scary Spice (manly voice, legs and arms), Ginger Spice (manly nose and attitude) and Sporty Spice (manly face and body, no breasts) were all highly masculine. Baby Spice was kind of cute in a boring way. Therefore, his ultimate choice was not very gay at all.

David Beckham Plays Soccer: In the USA, soccer (also known as football, fútbol, sakkā and bola sepak) is considered a game for girls and lesbians. The USA, however, is a strange and isolated place on the global spectrum. Everywhere else in the world, soccer is a game played by heterosexual males who sometimes shower together but rarely try to slip it in (Italy and Greece, of course, are both borderline exceptions, because most Italians and Greeks are bisexual).

So… Is David Beckham Gay?

No, David Beckham is not gay. He is a talented pretty boy with a heart of gold and great hair. Unlike most men, he rarely cheats on his wife, but that is simply because he is completely terrified of her and doesn’t want to upset the Queen of England.