The Ten Commandments Explained: A List for Modern Living

The Ten Commandments were first spoken by God from the top of Mount Sinai. He later etched these instructions on a stone and gave them to Moses. Some people still try to live by these commandments. However, it isn’t always easy. God didn’t include any fine print on the stone, perhaps because He didn’t think it was necessary or perhaps because it’s really hard to etch fine print on stone.

As a result, a few of the commandments are open to interpretation (unless you’re a fanatical religious fundamentalist and take all this bullshit literally, of course). To help you find the correct path through life, here is a list of the Ten Commandments explained simply for modern living, bringing them up-to-date for the 21st Century.

I am the Lord your God

God said “I am the Lord your God.” He clarified this by saying “Thou shalt have no other gods besides me.” This slightly egotistical commandment has caused quite a few problems over the years, mainly due to the presence of other gods who were previously going about their business without major interference.

It is understandable that God gave this commandment – everyone wants to be unique, especially when trying to establish a degree of authority over others. Still, it’s a bit selfish.

Thou shalt not make to thyself an idol

This means that you shouldn’t worship things like wooden statues, clay figurines and ice sculptures. People once worshipped things like that, but they soon came to realize that worshipping an unseen force in the sky was much easier, mainly because it required no rudimentary wood-, stone- or ice-carving skills.

This commandment refers to blasphemy. You shouldn’t say things like “oh God,” “for God’s sake”, “holy shit” or “my God, look at the tits on that” – unless you are literally talking about — or directly to — God. Priests and nuns, therefore, can say these things because they talk to God often. However, if you wake up in a bad mood and say “God’s balls! I don’t want to go to work today” you will probably burn in hell.

Remember the Sabbath day and keep it holy

The Sabbath day is Sunday. Sunday should be a holy day: you go to church, you have a family meal and you certainly don’t work or fight. Times have changed, however, so you can generally forget about this commandment. Hardly anyone goes to church anymore because it’s so boring. Sunday is also a traditional hangover recovery period so most people choose to sleep late before watching TV and playing video games all day.

Honor your father and mother

This is a nice commandment. Everyone should honor and respect their parents because without them we wouldn’t exist. You aren’t obliged to follow this rule, however, especially if your parents are vile scumbags. God will understand, but you should at least try.

Thou shall not kill

This seems like a fairly straightforward and obvious commandment, but it is actually quite complex – that’s why people have been ignoring it for so long. Basically, it’s okay to kill people if you do it while serving your country, either in attack or in defense. It is also okay to kill people if you are paid enough to do it. You should not kill people for fun or for free. If you follow this general guideline, you should still get in to heaven. Remember: abortion is evil and wrong and will send you straight to hell forever, no returns. But dropping bombs on innocent 12-year-olds in the Middle East… that’s OK, apparently.

Do not commit adultery

Don’t cheat on your wife or husband. Jesus clarified this by adding, “Whoever looks at a woman to lust for her, has already committed adultery with her in his heart.” Well, that really makes things tricky. Thankfully, Father Alexander has some great advice:

In order to avoid sins related to sexual immorality, one must shun all that evokes unclean feelings, such as unbridled behavior, obscene conversations, music and dancing which arouses lustful desires, watching of indecent movies and magazines, and the like.

Thou shall not steal

Don’t steal stuff. Obvious, really, unless you are desperate for food, in which case God may forgive some minor acts of thievery. If you steal because you are desperate for drugs then you will burn in hell forever. However, all drug users, including those that never inhaled, will burn in hell whether they steal or not. Likewise, gay people can ignore this rule completely – they will all burn in hell even if they are really nice, law-abiding people (this is according to religious nutcases; sane people would argue that gays do not go to hell).

Thou shalt not bear false witness against thy neighbor

No lies or slander, please. White lies are probably okay, but don’t push it. You can lie to animals. You can also lie to anyone who lives a safe distance away (i.e. anyone who is not your neighbor).

“Thou shalt not covet thy neighbor’s wife” and “Thou shalt not covet thy neighbor’s house” are also designed to promote good neighborly behavior. In the time of Moses, villages were very small and neighbors interacted on a daily basis (they had no TV or Internet back then). Neighbors often exchanged loaves of unleavened bread and swapped wives. Moses didn’t like this situation (the wife swapping – he was okay with the bread).

The easiest way to deal with this commandment is to avoid all your neighbors completely, especially if one of them has a super-hot wife/husband/daughter/house/car. If you want to covet something, do it far away from your home, ideally in a different country (pick a cheap country – you’ll get more for your dollar). 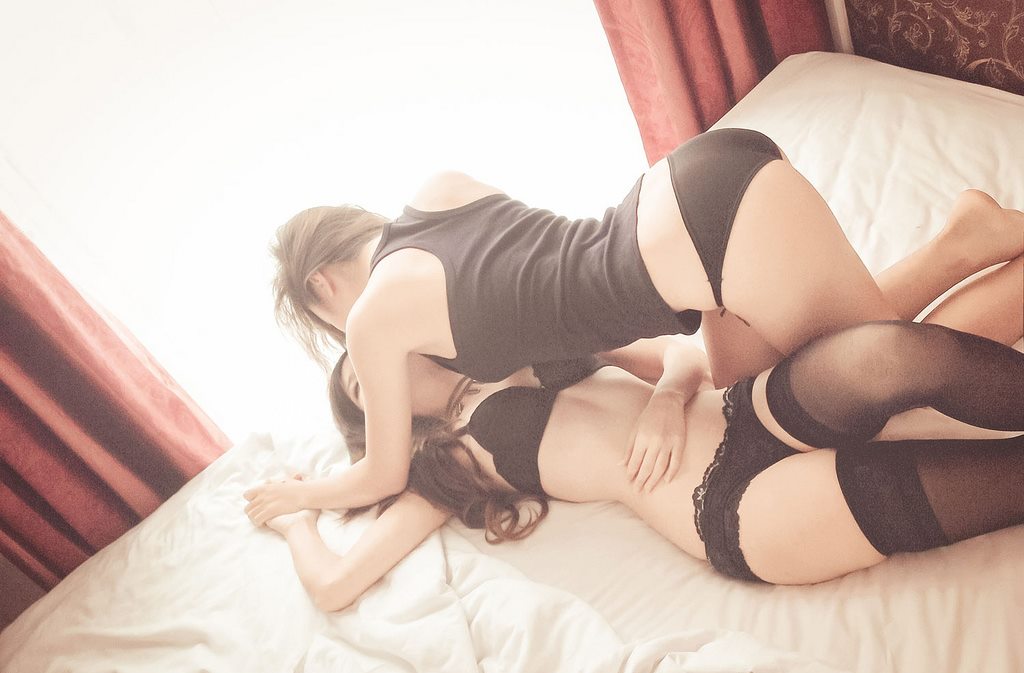 Does this image give you unclean feelings? Well, you can either forget about the Ten Commandments and enjoy it, or start worrying about eternal damnation. Photo by Oscar Nguyen, flickr.com.