Calories Burned Per Hour By Smashing Stuff: Therapy and Fitness 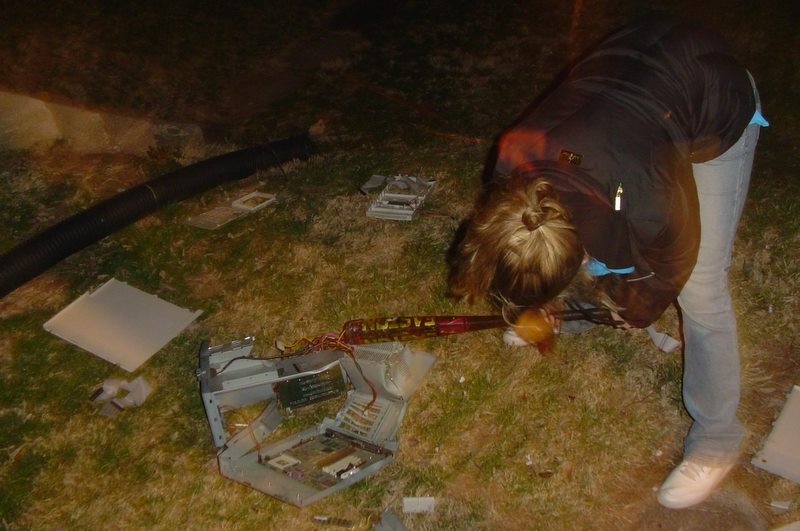 Get in there, smash it up and burn those calories! Photo by Anthony Topper, flickr.com.

Everyone knows that anger is a gift, but few people realize how to use that anger productively. Using anger as part of a fitness or weight loss program is highly effective; and the best thing is, even obese people get angry sometimes.

Calorie Burning: What to Smash for Fitness and Therapy?

It doesn’t really matter what you smash, but keep in mind you may have to pay for any damage you cause, be it the replacement of your own goods or the cost of company equipment, your neighbor’s possessions, items belonging to strangers etc. (and any ensuing fines if apprehended).

You also have to take into account what I call the “Futility Factor” (FF). Trying to smash an unsmashable object is no fun at all, and kind of boring after a while. Objects with a high FF include boulders, Humvees and World War Two bunkers.

Using data supplied by the Mayo Clinic, we can give an approximate figure for the calories burned per hour during various destructive acts. Energy output varies depending upon how obese you are: skinny people don’t burn nearly as many calories as horribly fat people.

We’ll take 200 lbs. as our guide weight, because that’s how much Brad Pitt weighed when he was 30.

In order to watch your progress and motivate your future exercise endeavors, consider buying a hand-held exercise calorie counter. But even if you struggle to reduce your weight, remember that destruction is also good for the soul. Smashing Stuff Therapy, as it’s commonly know, is beneficial in numerous ways.

So go on, smash stuff up! Just don’t get caught while you’re doing it.