US Federal Agency Proposals for the Government Chemtrail Program 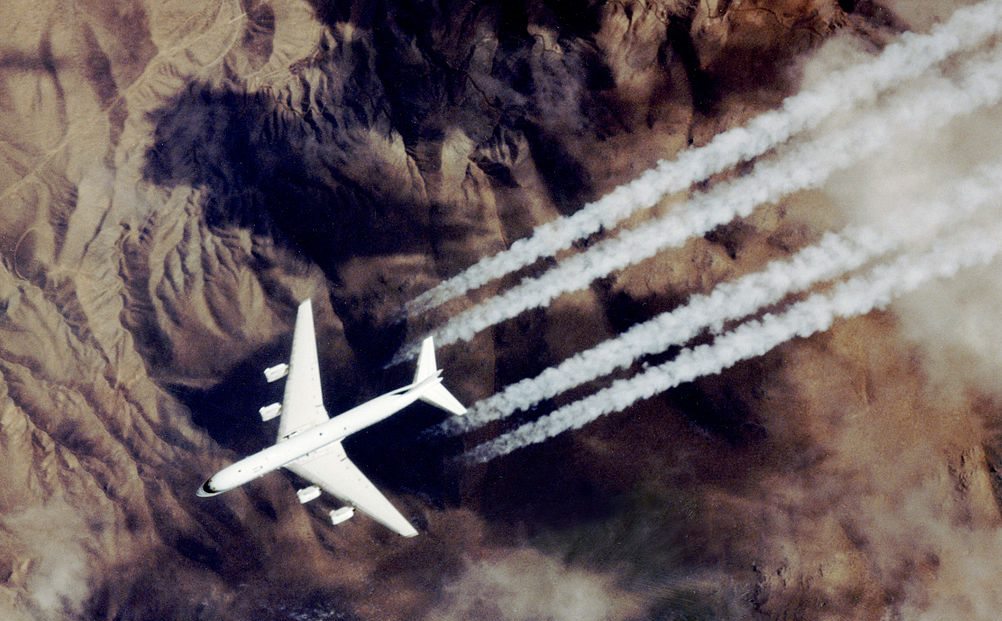 A DC-8 Airborne Laboratory flying as part of the ongoing government Chemtrail program. Image by NASA.

Mr. President, following the initial Committee meeting of February 11 regarding our ongoing government Chemtrail program, representatives from various governmental departments will today present content options for the High Altitude Release Program (HARP). The Committee considers some deliverables as more viable than others. The Committee as a whole considers it befitting to consider the national mood prior to choosing our final three deliverables.

Mr. President, the United States Air Force proposes dropping tiny notes bearing positive messages for this term’s Chemtrail program. The tiny notes will be handwritten on biodegradable paper, using non-toxic squid ink. The USAF believes that spreading positivity will be a pretty big deal in the next few years, given the current climate, if you believe in the current climate, Sir.

Mr. President, after careful consideration, NASA recommends a four-year Chemtrail program that rotates the following three deliverables: glitter; whisky rain; and lysergic acid diethylamide (LSD). NASA presents these three options based on a survey of NASA employees at the Jet Propulsion Laboratory near Pasadena, California and at the Deep Space Network station in Barstow, California. As a side note, Mr. President, we still maintain that searching for the Ark is not the best use of our entire satellite array, despite the honest intentions of Dr. Carson.

Mr. President, the Central Intelligence Agency proposes a massive Chemtrail project across the entire country with a single “blanket deliverable” that will benefit everyone: nasturtium seeds. This proposal stems directly and solely from the Director of the Central Intelligence Agency, whom I quote: “Those fuckers [nasturtium seeds] grow anywhere and you can put them in salads, flower and all.” If nasturtium seeds are not approved, the Director suggested, in an unofficial addendum after the two-minute meeting, dropping clothes pegs, as, and I quote: “You can never have enough fucking clothes pegs.” The Director of the CIA kindly requests that, and I quote, “If he [that’s you, sir] has a problem with nasturtium seeds or clothes pegs, he can shove them both up his flabby old ass.”

Mr. President, before submitting our proposal, the Environmental Protection Agency once again asks for our funding to be returned to last year’s levels. $10,000 per annum is simply not enough for the EPA to function correctly, if at all. As for the Chemtrails, which as you know we are not in favor of, we suggest diverting funding away from the Chemtrail project in order to focus more on renewable energy and cleaner aircraft. But we did survey 2,792 EPA workers, asking “What can we drop onto America to most benefit the nation during the next four years?” The most popular answer, at 59%, was “Hope.” That was followed, at 22%, by “Truth.”