How to Milk a Camel: Traditional Processes From Around the World 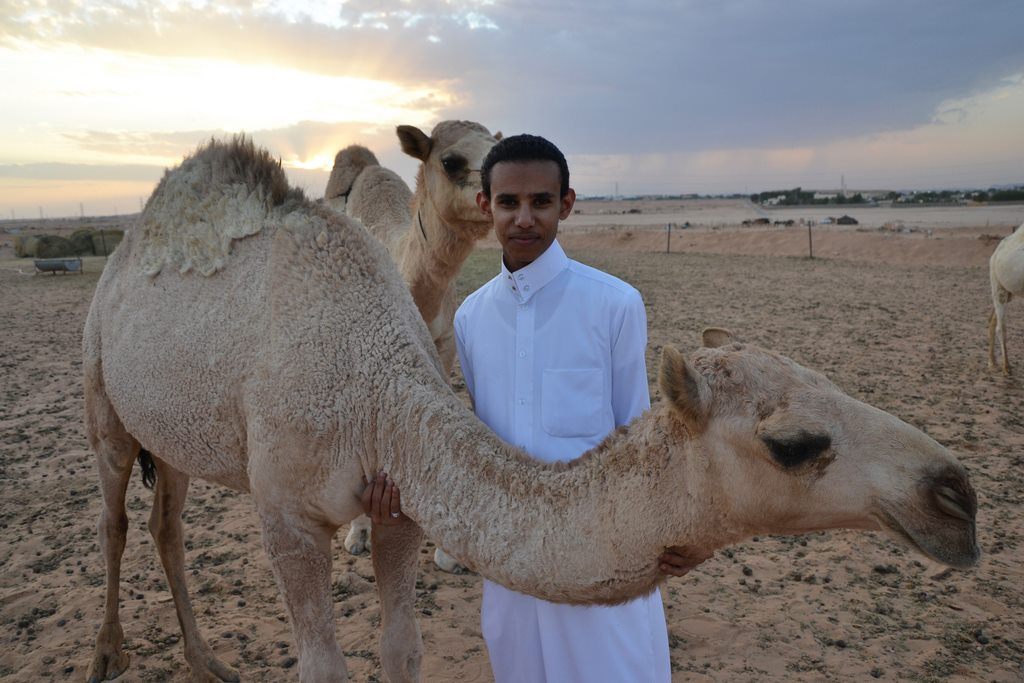 This is Ahmed, a retired camel jockey who now milks camels for a living. For him, it is the ultimate disgrace. Photo by Sammy Six, flickr.com.

Camel milk has incredible nutritional and healing properties, so much so that many wars have started over disputed camel flocks and access to their milk. In the last 75 years, control over this “liquid white gold” has so far provoked three cross-border conflicts and eight civil wars, all involving Somalia, Kenya, Djibouti and/or Ethiopia.

As if the camel milk market wasn’t dangerous enough, the whole process is further complicated by the fact that camels really hate being milked. Even if you raise a camel from birth — earning its respect and perhaps even its love — milking that same camel will still be incredibly complicated and never short of risk.

Learning how to milk a camel, therefore, is a skill that takes time to perfect.

Why Do Camels Hate Being Milked?

Camels hate being milked because it tickles. It tickles so much that a mother camel with newly-born offspring will often bite, kick, stamp-upon and head-butt its own babies as they wean, sometimes killing them.

Camels can also produce a face-burning stomach acid that they can spit out at anyone who annoys them, especially anyone who goes anywhere near their leathery but highly sensitive teats. This acidic spit, which can be ejected with force over distances of up to 13 meters, can burn through bone, glass, aluminum and rock, making it very dangerous indeed. 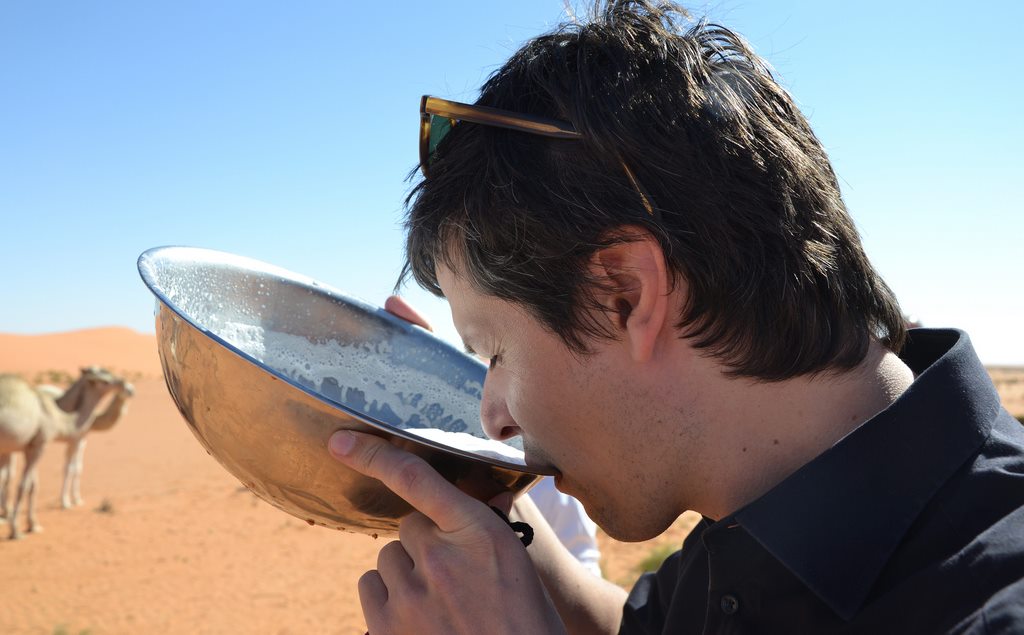 This white man is drinking fresh camel milk. He was hospitalized the following day and almost died. Photo by Sammy Six, flickr.com.

Due to the peculiarities of a camelid’s bodily systems, camels – like llamas and alpacas in Peru – cannot be milked while completely tranquilized and they must be milked while standing. This further complicates the camel milking process.

Most of the traditional camel milking methods used today were developed in Ancient Egypt. These include:

Intoxication – Camels are sedated using alcohol or marijuana. Once pacified, the women with the smallest hands gently milk them. The camel must be kept in a perfect state of tranquility: too much alcohol and it will become aggressive; too much ganja and her udders go into a state of super relaxation and become non-functional. In most countries, camel milk obtained through intoxication cannot be fed to children of 5 years or younger. Prime ganja milk, however, is highly sought after by Somali pirates, depressed prostitutes and Aboriginal Australian teens.

Seduction – Hundreds of years ago, lonely Egyptian Bedouins realized that female camels barely even noticed their ticklish udders being touched while they were engaged in sexual intercourse. This surprising discovery allowed dairy farmers to milk their camels with little risk, as long as the camel was having sex with another camel — or was being tricked into thinking it was having sex with another camel. The farmers developed various methods of stimulating the camels, some less imaginative than others. Today, most large-scale camel dairy farms utilize steam or diesel powered dildos, called العصي الجنس الإبل الكبيرة (literally “big camel sex sticks”) to distract their camels during the camel milking process.

The Achaban Method – The Achaban Method is a popular method that uses small but extremely fast children who run beneath the camel, quickly tugging on a teat before scurrying clear of the tickled beast of burden. The milk squirts into a small steel bathtub beneath the camel; the collection tub is securely fixed to the ground or safely wedged into the hot desert sand. If a child becomes highly skilled at extracting milk via the Achaban Method, he can become quite rich. Of course, the child needs to earn as much money as possible in a short period of time, as he or she will normally grow too large for the job by the age of 11 or 12. Life expectancy is also very low among child milkers. Some failed camel jockeys – tiny men in their mid-thirties – have no choice but to become camel milkers. This is seen as the ultimate shame for a camel jockey. 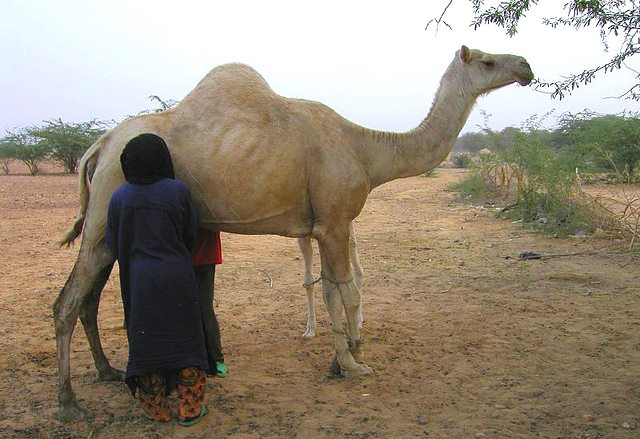 These two woman are milking a stoned camel. As long as it remains high, it will be easy to milk. Photo by ACEI Cheung, Wikimedia Commons.