Who Were the Three Wise Men? 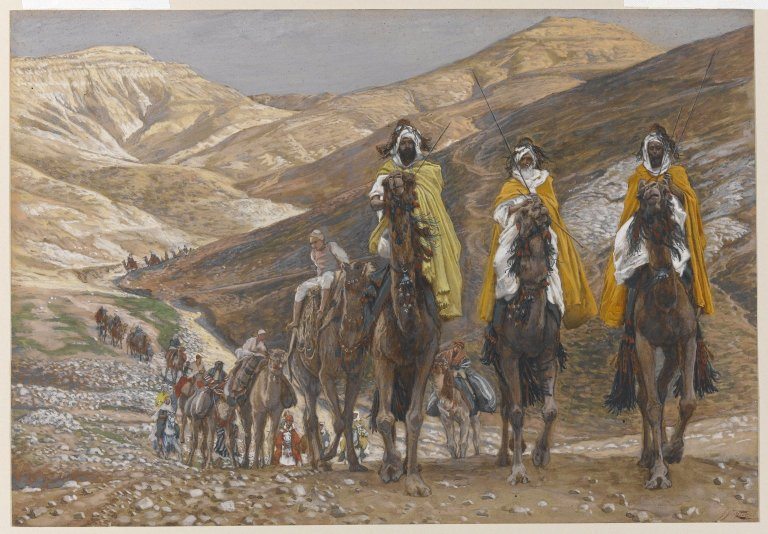 The Three Wise Men ride their trusty camels through the desert on their road trip to see the Baby Jesus.

Who were the Three Wise Men? We all know their story. They got on their camels, followed a star and arrived late for the birth of Jesus. They brought some gifts, which were all kind of useless apart from gold, and then they buggered off by a different route because Herod was out killing children.

But who exactly were these Three Kings, these Biblical Magi? Were they kings? Were they wise? And what the hell is a Magi? Read on, dear friends, read on…

Caspar: Giver of Gold and the Wisest of the Wise Men

Caspar, also known as Gaspar, Jaspar, Jaspas, Gathaspa, Jesper, Catspaw, Jester and Judelaw, was the tallest of the Three Wise Men. He was also the cleverest Wise Man. Caspar was born somewhere in India, the son of a wealthy asthmatic cloth trader with a penchant for silk.

Caspar was a great scholar with a particular gift for trigonometry. Caspar was not a king — unlike his friend Balthazar — but he was a nobleman and enjoyed a high social standing. Caspar met Balthazar while paddling in the Red Sea in the year 19 BC. The two men soon formed a strong bond, partly due to a mutual interest in high-quality leggings.

It was Caspar who first suggested the trip to see the Baby Jesus. It was also Caspar who gave the gift of gold to the Baby Jesus. Of the three gifts, this was the most appreciated. Mary and Joseph had run up some hefty debts, what with clothes for the baby and all that stuff, so a bit of gold was more than welcome.

Joseph later used some of Caspar’s gold to fund his DNA testing of the Baby Jesus, who he still was sure wasn’t his own. He’d never actually had carnal relations with Mary, who was supposedly still a virgin, so the whole scenario seemed a little fishy. Unfortunately, DNA testing was unreliable back them. The DNA sorcerer told Joseph his “son” was actually the child of a huge bearded man who lived on a cloud. Joseph demanded a refund from the DNA sorcerer, but was refused.

Balthazar: The Only Real King Among the Three Kings

Balthazar, also known as Balthasar, Balthassar, Bithisarea, Bithobomea, Bobliobiblio, Bakabakabaka and Bob, was an Arabian King. He was the only member of the “Three Kings” who was actually a king, but he never bragged about it.

Balthazar was a very unassuming man, apart from his lavish wardrobe. His collection of leggings was known throughout Arabia, and is still considered the finest assemblage of skintight leg-wear ever assembled in the history of the world.

When Caspar told Balthazar of his plan to follow a star to see the newborn King of the Jews, Balthazar was terribly excited. He provided the camels for the journey, and insisted his two fellow travelers both wore crowns similar to his own. Neither Caspar nor Melchior wanted to wear a crown, but Balthazar said it would be much more fun if they did. They eventually gave in to his request, ultimately creating the myth of the “Three Kings.”

Balthazar gave the Baby Jesus the gift of frankincense. Balthazar used frankincense in his daily aromatherapy sessions, to which he accredit his baby-soft skin and super-smooth legs. Mary gave it a go for a few weeks, but gave up when she broke out in a prickly rash. 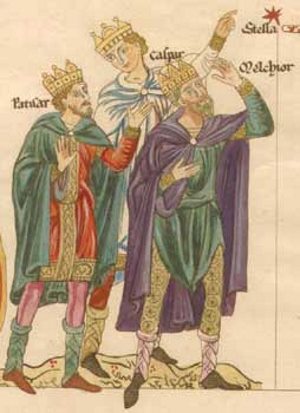 The names of the Three Wise Men: (from left to right) Balthazar, Caspar and Melchior.

Melchior: A Heart of Gold and the Brains of a Camel

Melchior was a Persian scholar, at least that’s what his parents told everyone. There are various spellings of his name, thanks in no small part to his own inability to spell his name correctly on a consistent basis.

Melchior, you see, was about as clever as the camel he rode. He was a high nobleman by birth, but failed to grasp even the basics of his education. What Melchior had, however, was a heart of gold and an angelic singing voice, two things that endeared him to Balthazar and Caspar.

Melchior first met his two companions in 10 BC. Balthazar and Caspar were fishing on the Shatt al-Arab River when they saw a man floating downstream. Caspar dived in to save the man from the strong current, hauling his small and bedraggled frame to the riverbank. Melchior, rather than gasping for breath, began to sing to the two men:

Caspar and Balthazar were bemused but charmed by the man’s jovial countenance and beautiful singing voice despite neraly drowning. The three men remained friends and traveling companions from that day forward.

Melchior gave the Baby Jesus the gift of myrrh. Caspar and Balthazar tried to convince him to give something different, explaining that myrrh was an embalming ointment used in funerals and cremations and, as such, wasn’t a great choice for a birthday gift for a baby boy. Melchior just smiled.

Joseph later exchanged the myrrh for a pack of cigarettes and a jug of milk in a Jewish grocery store in Bethlehem’s slum district.

What Happened to the Three Wise Men?

The Three Wise Men arrived in Bethlehem, found the Baby Jesus, dropped off their gifts then went to the nearest bar where they celebrated the conclusion of their journey with a locally-fermented camel-milk ale called yeurk. After eight jugs, they all passed out on the floor.

While they slept, Melchior had a frightful dream. The dream warned him to never return to the most horrible and cruel King Herod. Melchior was petrified, so the three men decided to return to their homes in a different direction. This wasn’t ideal as they no longer had a star to guide them and Balthazar had lost the map. They wandered aimlessly for seven weeks, completely lost but enjoying themselves, before finding the trail that would lead them to their homes.

Caspar, Melchior and Balthazar remained friends for the rest of their lives. Each year, during the Christmas period, they set off on yet another adventure. Existing records show that the three friends traveled together to various countries, holidaying in places such as Greece, Egypt and Babylon, where they fished, swam, got terribly drunk and shopped for leggings for Balthazar’s collection.

None of the men ever saw Jesus, Joseph or Mary again. They were a little irked by this. Caspar, in particular, believed that Mary could at least have written a thank-you note to one of them. But nope, nothing, not even a note. They never sent Jesus any more birthday gifts, but Balthazar did send Joseph a postcard from Greece. He never received a reply. 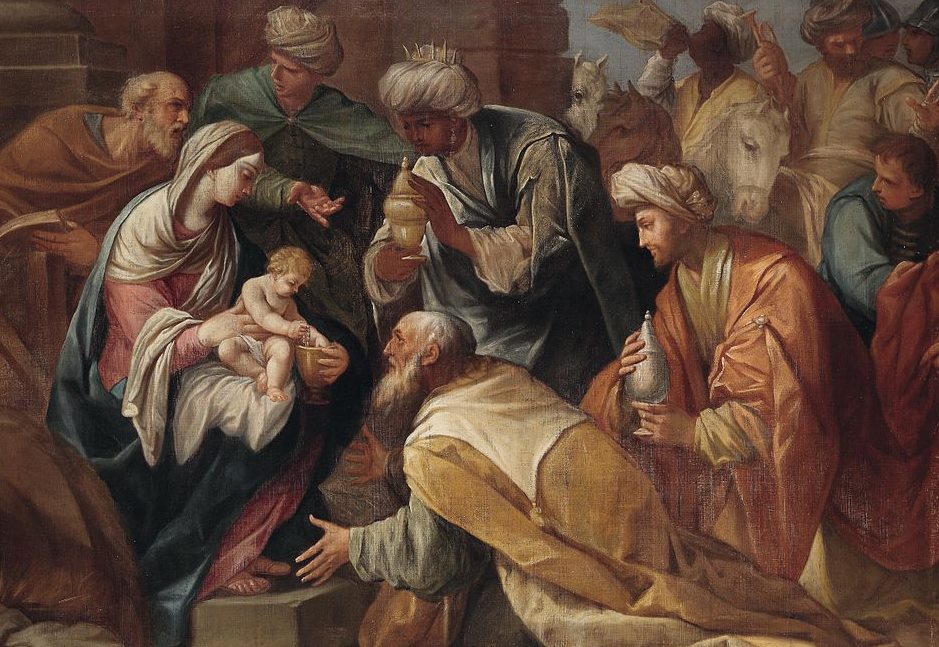 Mary and the Baby Jesus gratefully receive Caspar’s gift of gold. They try to ignore the frankincense and myrrh.