Interview With an F-List Celebrity 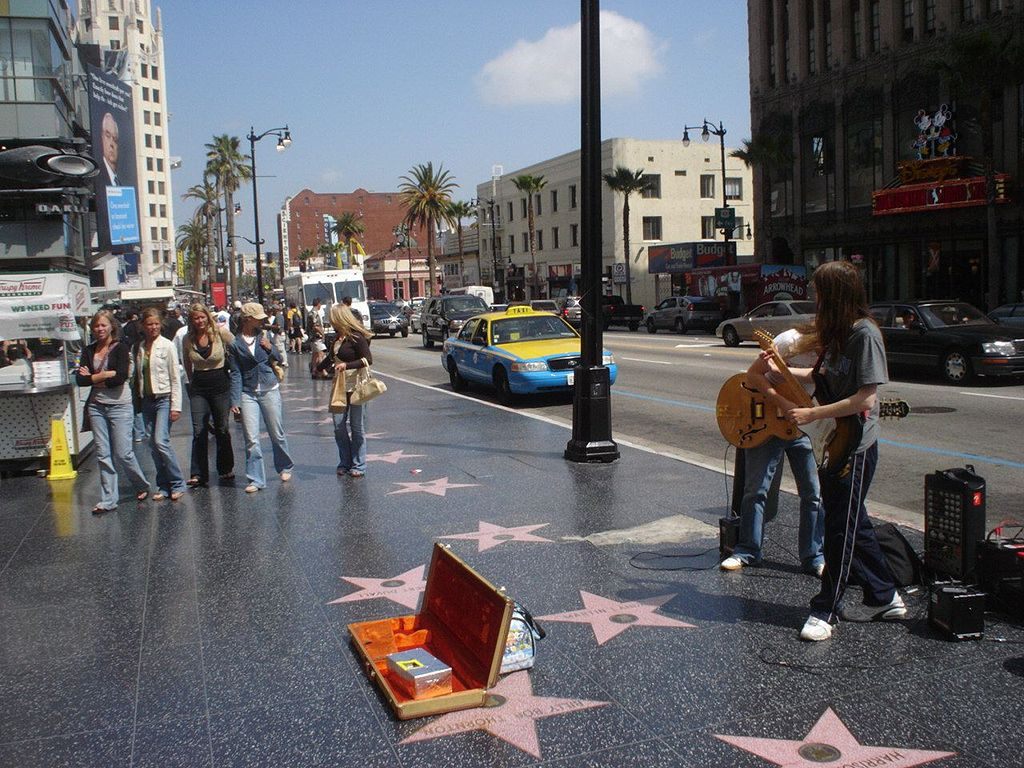 F-list celebrity failures like John will never have their names on the Hollywood Walk of Fame.

Ah, the movies! Many wide-eyed youths dream of making it in Hollywood, a tough world that can chew you up and spit you out without even swallowing a drop.

During September 2012, I met up with John F. Tanner, a struggling actor with hopes of hitting the big time. My goal: to get to the heart of the issue, to find out more about the life of an actor, his hopes and his dreams, and how the reality of the industry has shaped his personality. This is the full transcript of our encounter…

Hi John. First, would you class yourself as an E-  or F- list celebrity? Just so I know how to introduce you.

Well, I guess I’m C-list! But those classifications don’t mean anything — unless you’re an A-lister, of course!

Yeah, but you’re a long, long way from being A-list. So, should I go with E or F?

I… I don’t really mind. How about you just call the article “An Interview With John Tanner”? Alternatively, how about “John Tanner: An Introspective.” That sounds good.

If you were more famous, that would be great. I’ll think of something later. Moving on. John, what for you is the price of fame?

Ah, well. I guess losing some basic freedoms. Maybe having problems with relationships, not knowing who to trust.

But can you be more specific? Is fame expensive? Is the price more than your annual income or less? If it’s less than your income, presumably that’s OK in terms of staying afloat financially? Or are you one bad choice away from a life on the streets?

I think you’re misunderstanding the phrase. The price of fame is what you pay for your fame — not financially, but emotionally and spiritually. And, of course, in terms of living a normal life.

OK. Then can you give me an example of what you’d do for fame? Would you murder a sibling? Would you declare publicly that you have no love for God? Would you ass rape a panda?

Would you bum fuck a male director just for a small part in a big movie?

Listen, I don’t know you or whatever publication you work for, but these questions are inappropriate and a bit fucking rude! Honestly!

OK, there’s no need to curse, John. It’s just a question. Let’s talk about one of your biggest achievements so far. I noticed you list a role in Gladiator, the part of Legionnaire No. 4. How did you get that part?

Ah, that’s actually a funny story! I was in Cannes for the 1999 festival, having a few drinks with some guys who had worked with Ridley on some previous movies. We got really smashed and ended up play-fighting on the beach, sword fighting with baguettes! Anyway, these guys remembered me during the casting phase for Gladiator and offered me a role. Funny how things work in this industry!

Why is that funny?

What do you mean?

I mean, you said it was funny. Why?

You made it up?

No, it’s a true story. You asked me how I got the part in Gladiator.

Were the “guys on the beach” gay? Gay friends of yours?

What? What’s that got to do with anything?

It just seems really gay to be frolicking on a French beach, grappling with other men, spanking them with sticks of bread. Why would you do that? Just to get a part in Gladiator?

Listen, I’ve had enough of this. You’re obviously just trying to provoke some sort of reaction…

Not at all! I’m just interested in gender roles and stereotypes within the Hollywood system. If you’re gay, that’s fine by me, it’s not important. Are you gay?

No! I mean, that’s none of your business. It’s…

You can be gay, John, don’t worry about it! These are liberal times.

Can we talk about movies, please?

Sure… Who is your biggest role model?

Um, no. Just generally, as an actor. He’s a talented guy and a true professional.

He’s a handsome man, sure.

What the fuck…? You’re putting words in my mouth here.

I bet that’s not all you put in your mouth…

This interview is over! You’re a damned disgrace to journalism!

[At this point, the incredibly temperamental John Tanner gets up and walks out of the room. I follow him and manage to calm him down in the lobby, assuring him the rest of the interview will go smoothly. My assistant, Clive, tells him Empire Magazine is going to request republish rights to this interview, giving John great exposure, which is a lie.]

Johnny, great to have you back! Let’s talk about another role of yours, that of Construction Worker No. 6 in The Happening by M. Knight Shalamayalaman.

That’s what I said.

I can rewind the tape if you want.

No. That’s fine, whatever.

Good, it’s brave of you to admit when you’re wrong. Anyway, The Happening was one of the worst movies of 2008. Do you feel responsible in any way?

Responsible? All I did was jump off a building with a blank expression on my face.

Actually, John, having watched that scene frame-by-frame at least eight times prior to this interview, I thought your performance was weak when compared with the thirteen other construction workers, all of whom added something to the macabre nature of the scene. You brought nothing to it. Nothing.

And there you have it. Proof that success is golden in the movie business, but failure can turn a fragile man into a morbid, violent and sexually confused person. No one knows what the future holds for John Tanner, an F-list celebrity — at best — who carries the weight of the world on his forlorn shoulders. 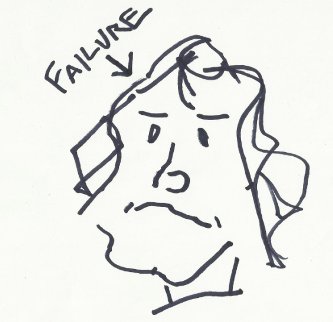 After the interview, John refused to let us use his photo. Luckily, my assistant, Dave, had already sketched a surprisingly good likeness of the F-list actor.