How to Survive an Ostrich Attack: Human Vs Bird 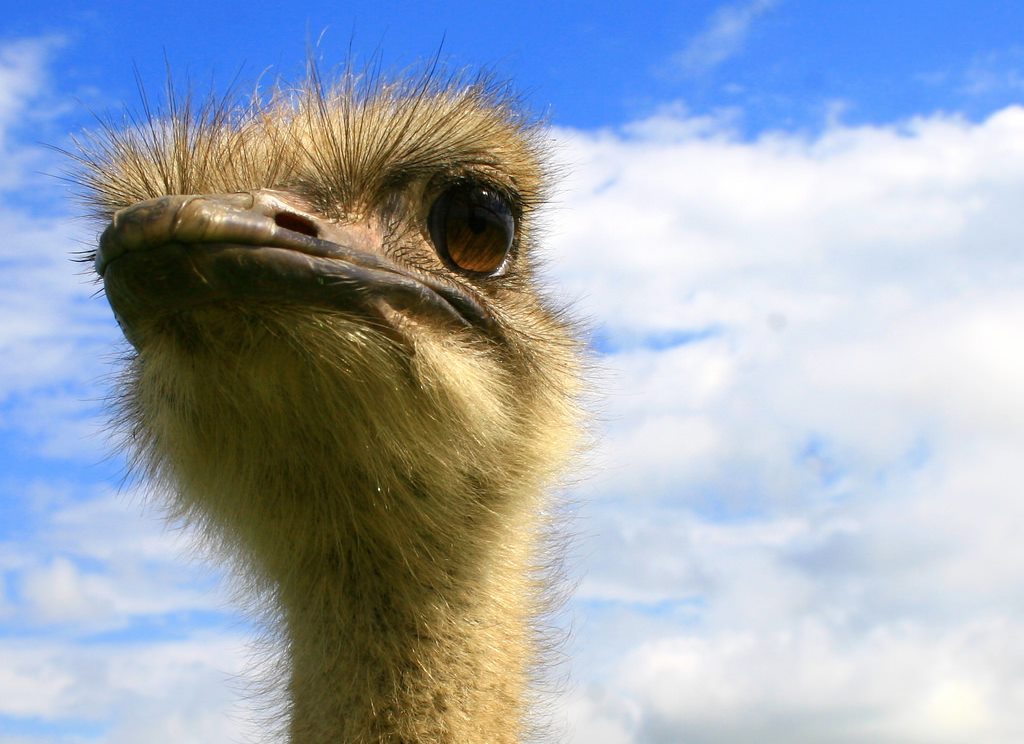 Ostriches are pure evil. The chances of a human surviving an ostrich attack are low. Photo by Nature’sAura – C.McKee, flickr.com

If ostriches could fly, Africa would be a wasteland of clawed corpses and paranoid, one-eyed survivors. No one would live above ground. But even in its flightless state, only a fool would underestimate the psychotic wrath of an ostrich.

Here we will teach you how to survive an ostrich attack. And remember, in the wide expanses of Africa, ostriches attack humans for sport. They’ll fuck you up good and proper, just like they did to Johnny Cash (and he was lucky).

This is from National Geographic:

“An ostrich’s powerful, long legs can cover 10 to 16 feet in a single stride. These legs can also be formidable weapons. Ostrich kicks can kill a human or a potential predator like a lion. Each two-toed foot has a long, sharp claw.”

In other words, they’re Evil Bastards. Not to mention they can sprint up to 43 miles an hour, and an adult can grow to 9 feet tall. To hell with that – it’s time to think survival. Here are your options:

Jump in a Thorn Bush

Despite being raging psychos, most ostriches don’t like thorn bushes (they have stupidly huge eyes, so I don’t blame them). Luckily, Africa is full of prickly bushes. If an ostrich charges at you, jump in the nearest thorn bush. It’s far better to be picking thorns out of your ass than to be scrabbling around in the dirt trying to find your eyeballs.

Put Something Between You and the Ostrich

I’ve seen this little pearl of wisdom handed out on occasion: Hide behind a tree or use a branch to fend off the bird’s attack. Personally, I would not recommend this tactic against an adult ostrich. The only thing worth putting between you and an angry adult ostrich is a 15-feet-high razor wire fence, a couple of landmines and someone slower than yourself. 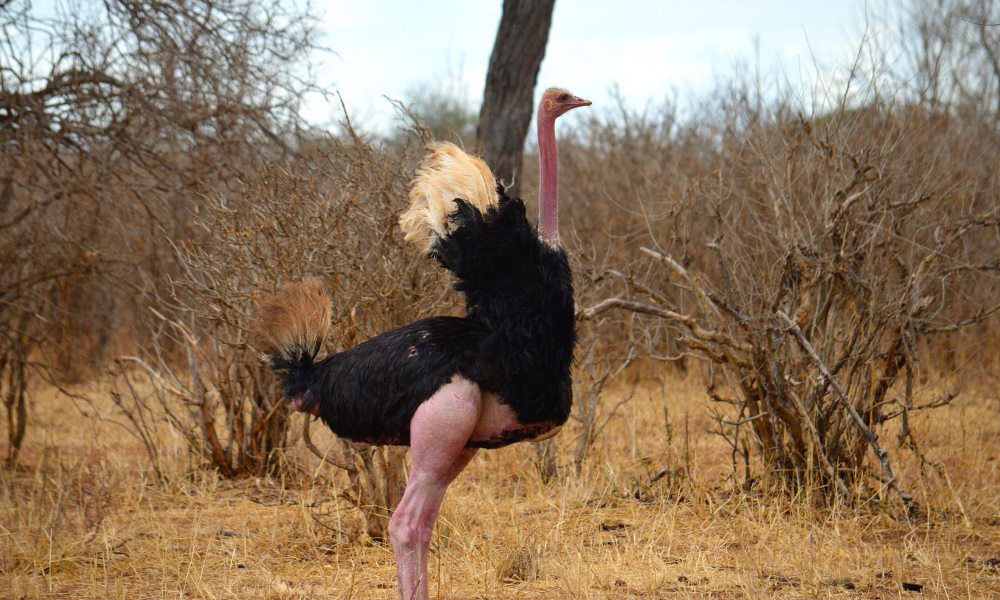 Statistically, ostrich attacks on humans are almost always fatal. I mean, just look at the damn thigh muscles on that thing. Photo by Megan Coughlin, flickr.com.

This is by far the best technique in all-or-nothing close-combat situations. The neck is the ostrich’s weak point, so face him head-on, grab that neck and twist him round.

Whatever you do, don’t lose your grip. By positioning your body to one side of the ostrich, you will have nullified his two primary weapons: the beak and the kick.

Remember, as soon as you let go you’re going to be dealing with one seriously pissed-off ostrich. Ideally, use a sleeper hold and apply pressure until he passes out. As soon as he hits the floor, get the hell out of there.

If you miss the neck-grab, your final option is to play dead. Understandably, this is not an ideal situation. But it’s better than getting your throat ripped out. Hit the dirt face down and clench your buttocks like you’re cracking nuts. You’re going to take a beating in this position, but you probably won’t die.

The bird will be pecking the shit out of you and scratching your back like a short-changed transvestite on a slow night. Try not to scream, as this will attract lions, alligators and child soldiers. During the assault, remember to clench and cover your ass with your hands or you’ll be walking home like a saddle-sore rent boy.

After a while, the ostrich will get bored and walk away. If you’re lucky.

When I was last in Africa, I tried out various advanced ostrich defense techniques. A shotgun proved highly effective, as did a well-timed swing of my machete. Most encounters, however, will be unarmed, so that was my area of focus.

Uppercuts and hooks were useful against young, underdeveloped ostriches, but were useless against birds of 6 feet or over. I tried a flying clothesline against an adult, but almost broke my arm in the process. Not recommended.

My final thought was to try a jumping roundhouse kick. This is obviously an advanced technique and not a good option for the untrained. In order to test the move, I provoked an adult into a charge. He approached at great speed, so I began my leap at a range of approximately 13 feet.

On my first attempt, I knocked the ostrich out with a clean contact to the side of its head. Again, this move is for experts only. Please do not attempt to incapacitate a charging ostrich with a jumping roundhouse kick if you don’t have the necessary training. 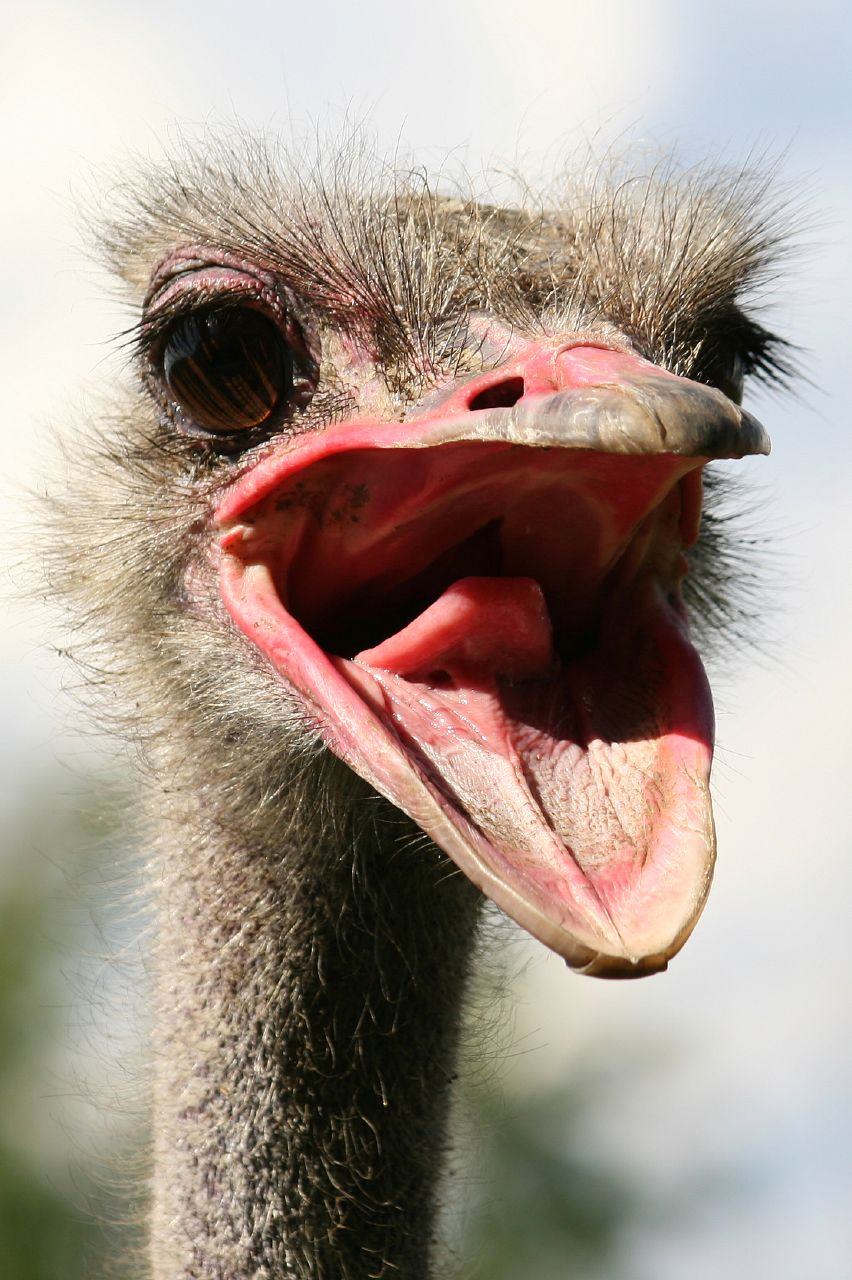 This fucker would have your eyes out in about three seconds. Photo by Andy, flickr.com.