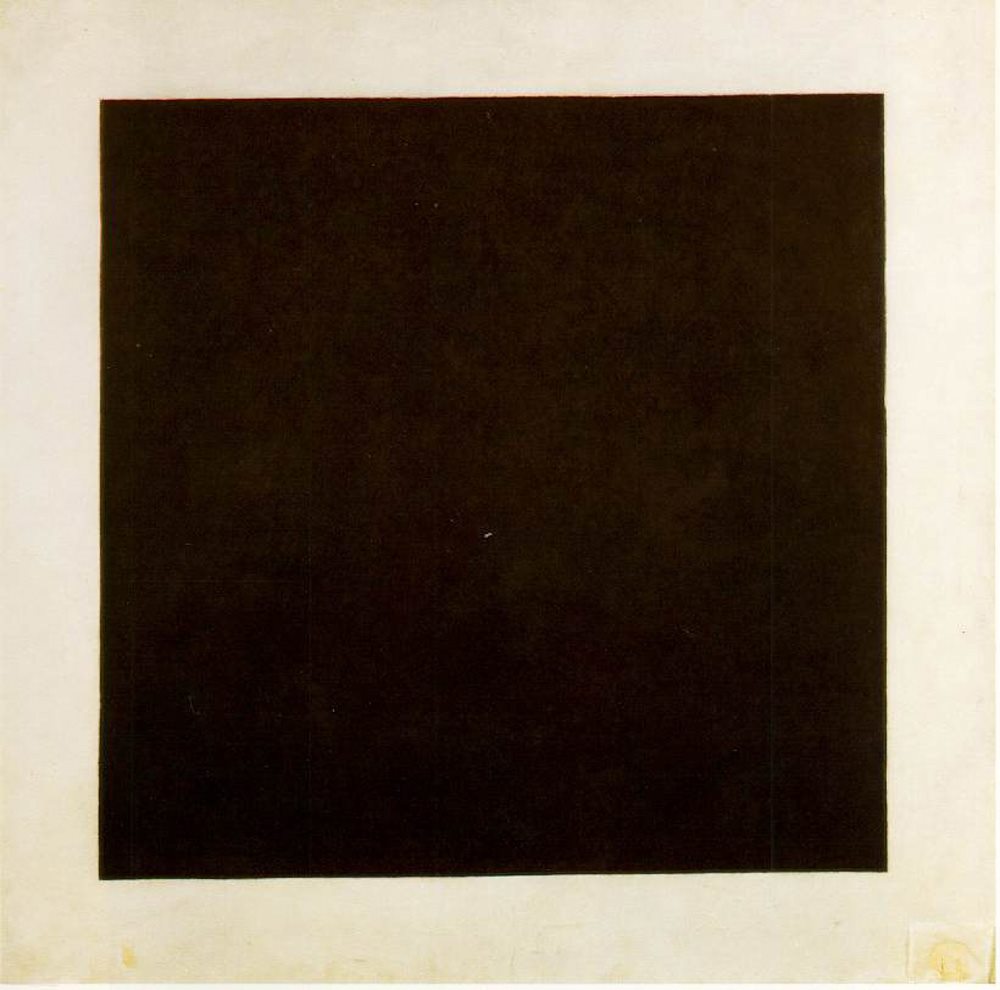 Kazimir Malevich’s Black Square is justifiably regarded as a Suprematist masterpiece. His 1915 oil on canvas creation is a timeless wonder, replete with emotional content and a definite weightiness so seldom found in lesser works. Now, 100 years after Kazimir Malevich gave birth to his black square, we explain and reassess the essence of the painting, its meaning, and its impact upon memory.

Before we fully engage with the Malevich Black Square, let me first state, at the risk of being somewhat obtuse, that the full glory of the work can be witnessed only when one is standing in St.Petersburg’s State Russian Museum. Here, after feasting on delicate caviar and pure, airy vodka in a street-side cafe, one may stand eye to eye with the canvas itself. Delectable and naked, like the lithe virgin, one can indulge the pleasures of both eye and mind.

However, not all men have such fortune. For now, we shall collectively marvel at the image via the medium of online reproduction. Please consider, imagine and take precious time to bathe in the Black Square, which you can see above. When you are fully spent, when you have gorged upon its visage, move on.

A number of art critics, those both profound and peculiar, have deemed Malevich’s work to be, and I quote, “incomprehensible”. This, perhaps, is the tide against which we fight. Or, to be salient: Are we swimming against a barrier of purely mental design?

I ask you now, what do you see?

The sensation of space is evident, so too the function of line and temporal stability. Yet the image is a frame, drawing you to the black entrails of the square. What, dear reader, do you see?

Note, if you will, how the black square takes us into the depths of private memories that lie deep and hidden from wider social understanding and acceptance. Interesting, I am sure you will agree.

Is the Supremacist nature of the image playing within a particular emotional context?

Does Malevich’s Black Square deliberately target primal recollections, bringing them to the fore when one peruses the canvas? The painting undeniably presents a weighty milieu. The off-white field, or frame, is akin to the parted legs of a woman. The black center, meanwhile, is a subtle portrayal of the female part, drawing the viewer into personal memories of clandestine love and joyful physical adventures.

Let us listen to Malevich himself speaking about his Black Square:

“But a blissful sense of liberating non-objectivity drew me forth into the “desert”, where nothing is real except feeling… and so feeling became the substance of my life.”

Now, dear friend and reader, look at the canvas once again. Then, for the sake of this examination and the furtherance of art itself, tell us, tell the world, what do you see…?

Malevich’s Black Square: Meaning is everything; what do you see?